In Their Shoes – Angel Garcia 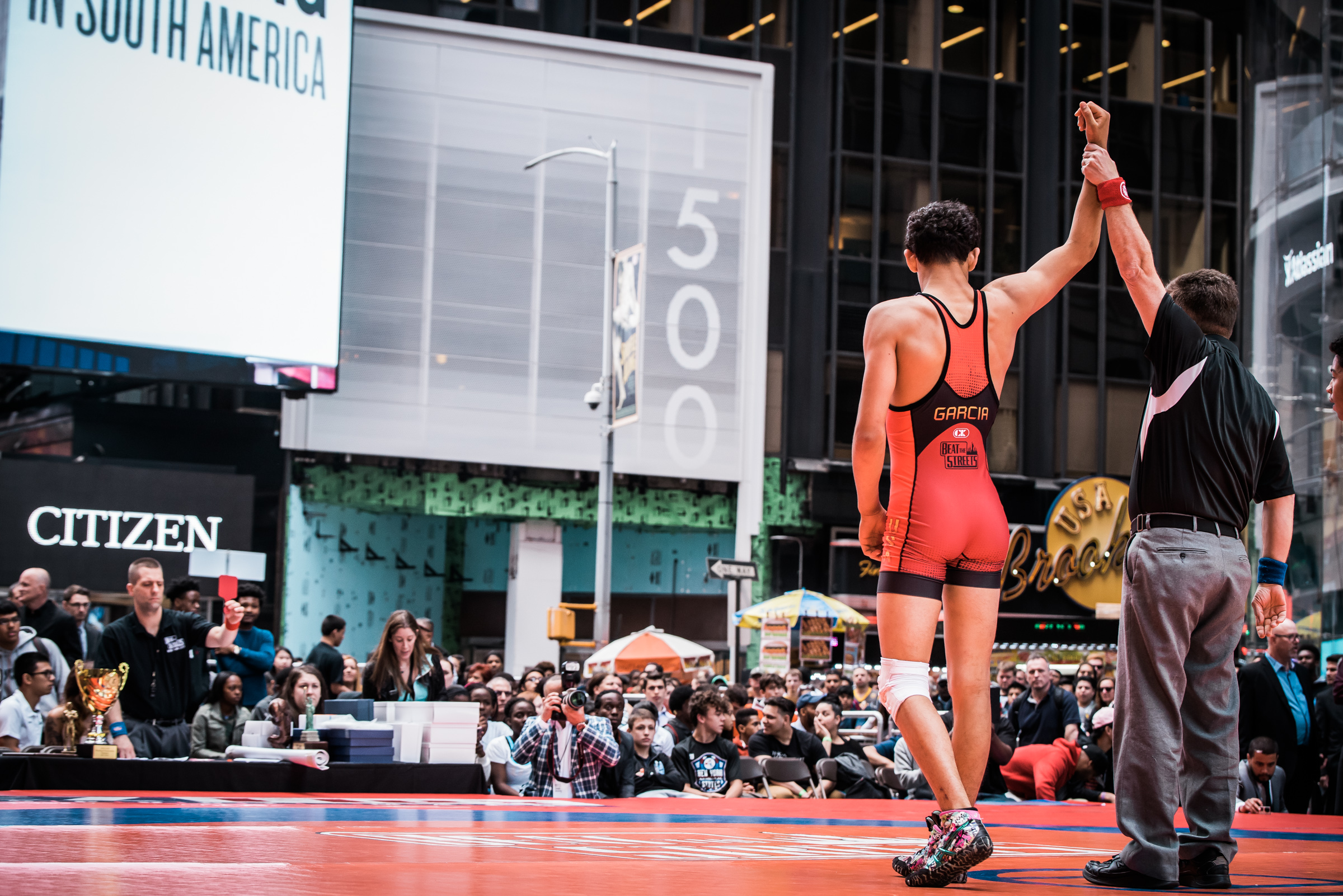 I was born in Fajardo; a large town in eastern Puerto Rico. When I was 2 years old, my parents picked up everything we had and moved to the United States. They did this because they wanted a better life for me and my 6 siblings (3 brothers & 3 sisters; I’m the middle child). Looking 14 years ahead, I now live in North Philadelphia and go to Marianna Bracetti Charter School as I’m getting ready to enter my sophomore year....but there’s much more to me than that. I’m Angel Garcia, and this is my story. Growing up in my neighborhood has been anything but easy. Anyone who knows the area at all knows North Philadelphia is a rough part of town. Violence and drugs are almost a part of daily life and at every turn it seems there are people trying to drag you down. When I was younger, I was at risk of giving in to a negative lifestyle. At a pretty young age ‘friends’ (I use that term lightly) often tried to pressure me into making bad choices and every time I backed away they would call me names just because I wasn’t following their lead. Even though I made the right decisions, hanging around these types of people put my parents in a tough situation. My mom and dad would worry about me coming home late and being out in a rough neighborhood at night. Back then, I didn’t really care about hurting my parents. I remember coming home one night close to 1:00am and my mother yelling at me,

“Angel Damian Garcia, where were you all night!? I’ve been calling you, looking for you, and worrying about you. I thought you were dead!”

Instead of apologizing, I told her it was none of her business. Somehow, those words didn’t even affect me at the time. All I cared about was being tough and I thought I could do anything I wanted, whenever I wanted. That was before I found wrestling. Wrestling changed my life and it all began in 7th grade. I was walking down the hall and arguing with another student and all of a sudden I lost control. The next thing I knew I picked this kid up and slammed him into the ground just as the teachers pulled us apart. One of those teachers was my P.E. teacher Mr. Greer. After telling me that what I did was wrong, he suggested that I think about putting my anger to good use by wrestling. Where a lot of teachers just saw a kid with a bad temper, Coach Greer saw potential. Later that week I went to my first practice and it turned out I was pretty good! I went to practice everyday and tried to get a little better each day. I remember my first match like it was yesterday. On a Saturday morning at Drexel University I was matched up against a kid I called ‘Superman’ (I called him that because he wore a headgear with a superman logo on the side). I could tell right away he was more experienced and he was bigger than me, but I stayed tough and battled him all the way through the 3rd period. After a big thrown late in the match, I ended up winning the match by 6 points! In just my first match, I learned a really important lesson about wrestling; don’t ever let the way your opponent looks scare you, just wrestle. The rest of my 7th grade year I accomplished a lot. I competed on dual teams, won a few tournaments, and even took 11th at Pennsylvania Junior Wrestling States! My hard work and success continued throughout middle school and into my high school career. My freshman season at MBA Charter was a success, but I’ve got my sights set way higher. As a starter at 152, I placed in some tough regular season tournaments, came within one match of qualifying for the PIAA State Tournament, and took 3rd at the Fargo National Championships in greco-roman. Entering this season, I want more. This season, I sat down with BTSP and wrote out my 3 goals for the season:

3 - Improve in close matches by being more offensive

Accomplishing these short term goals is great, but ultimately I’m looking toward my larger goal of competing for a Division 1 wrestling program; and it’s all a possibility because of Beat the Streets. Despite living in a community filled with negative influences, wrestling gave me a positive outlet. The sport has taught me hard work which has driven me to focus on my studies, taught me discipline to help me make better decisions, and given me the perspective to set the educational goal of becoming a lawyer. Most importantly, since wrestling, I’ve grown closer with my family. I still can’t believe there was a time when I didn’t care about how my actions affect the people who care about me, but that is now way behind me. Today, we all share a bond that cannot be broken. I thank God that I was able to leave the old me behind and become the brother, son, friend, and teammate that I am today. -- Angel has been a part of Beat the Streets for four years now and it has been incredibly rewarding to watch this kid grow. We are all so proud of the progress he has made as a wrestler and person in such a short time. All of us here at BTSP have no doubt this kid is headed for greatness. With that said, there are many kids like Angel who have the potential for greatness, but haven’t yet been challenged. We know there are kids out there we can help, but we need your support. If this story was compelling to you, please consider contributing to our cause. If you are unable to make a financial commitment, but would still like to help us in ‘Positively Altering Life’s Trajectory’ then please consider volunteering as a coach or mentor today.