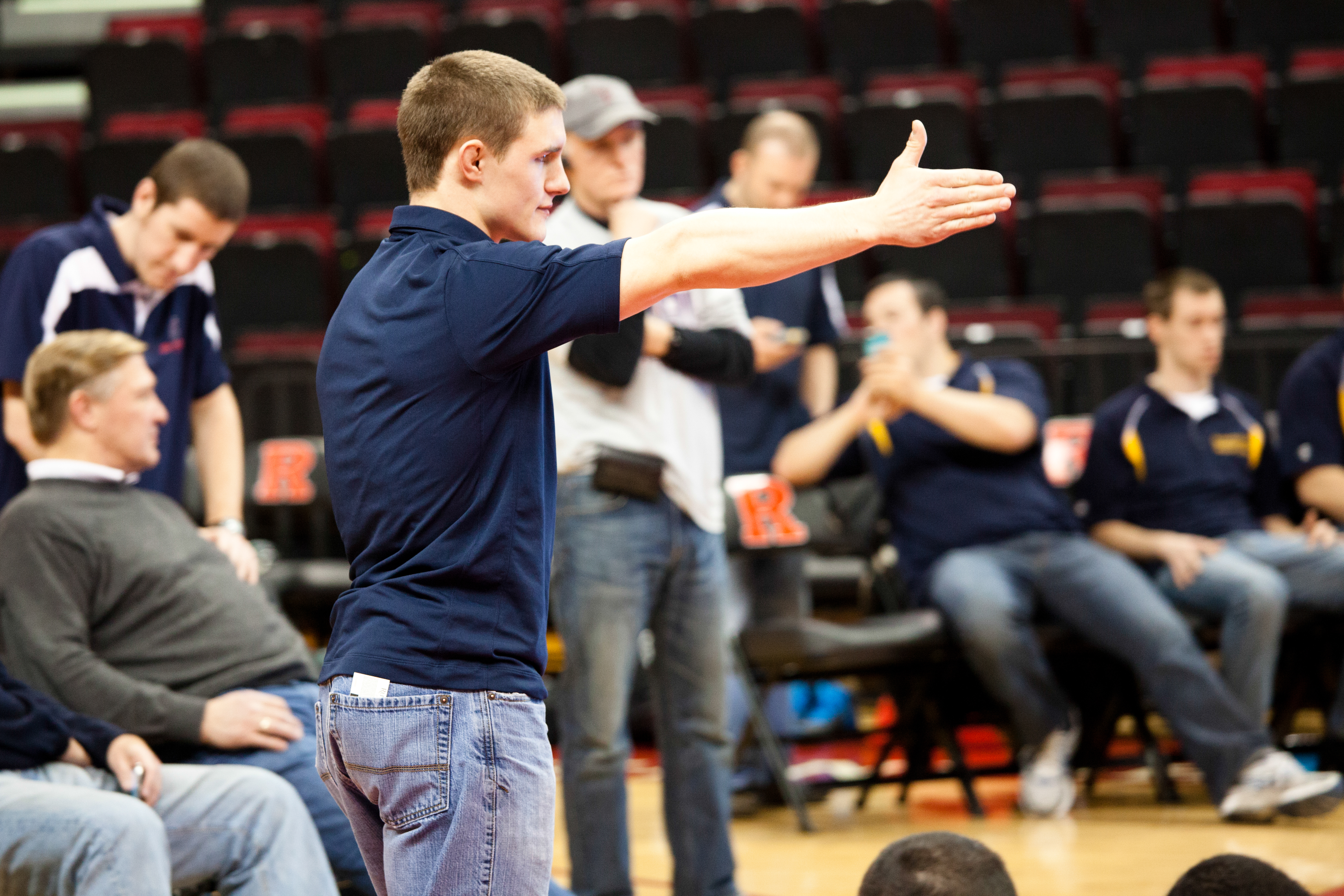 On Saturday March 28, 2015 the Pennsylvania Regional Training Center hosted a USA Wrestling Bronze Level Coaching Clinic. Approximately 30 coaches from the Philadelphia, Bucks County, and New Jersey areas attended the clinic, 10 of whom are associated with Beat the Streets Philadelphia programs. The main speaker of Saturday’s clinic was Mike Clayton, head of USA Wrestling’s National Coaches Education Program (NCEP). Additional instructors included Brian Dolph, Head Coach of the Pennsylvania RTC and John Moore, former University of Michigan wrestler. Mike Clayton took over USA Wrestling’s NCEP back in March of 2014 after having over a decade of coaching experience at the NCAA level. Clayton was the Head Coach of Stevens Institute of Technology for seven years after serving 3 years as assistant coach at U.S. Military Academy at West Point. He has had a variety of experience as a coach that also includes being head coach of the U.S. FILA Cadet Pan American Team in both Freestyle and Greco-Roman. After serving as Assistant Coach to University of Pennsylvania for many years, Brian Dolph was recently appointed Head Coach of Pennsylvania’s new Olympic Regional Training Center (RTC) in August, 2014. The Pennsylvania RTC hosted this weekend’s clinic to educate local coaches of all levels (youth, high school, college). Though wrestling techniques were briefly included, they were not the main focus of the clinic. The 6-hour clinic took participants through 8 different training modules with the aim of developing and sharing knowledge of the Sports Sciences, Sports First Aid, Ethics, Goal-Setting, Periodization, Evaluation, Administration of Wrestling Techniques, Strategies and Tactics, and a range of best practices. BTSP encouraged many coaches to attend as it is our goal to develop programs that emphasize not only learning the sport of wrestling, but foster the personal growth, overall health, and well-being of each student-athlete that participates. All those who attended Saturday’s clinic and passed the exam earned a certification as Bronze Level Coaches from USA Wrestling, our national governing body of the sport. As we move forward into off-season training, this certification is required to coach at most USA Wrestling National and Regional events (including Pennsylvania Freestyle/Greco-Roman States, Northeast Regionals, and Cadet/Junior Nationals in Fargo, North Dakota). If you are interested in becoming a USA Wrestling Coach or competing in USA Wrestling sanctioned events, visit www.USAMembership.com for more details!