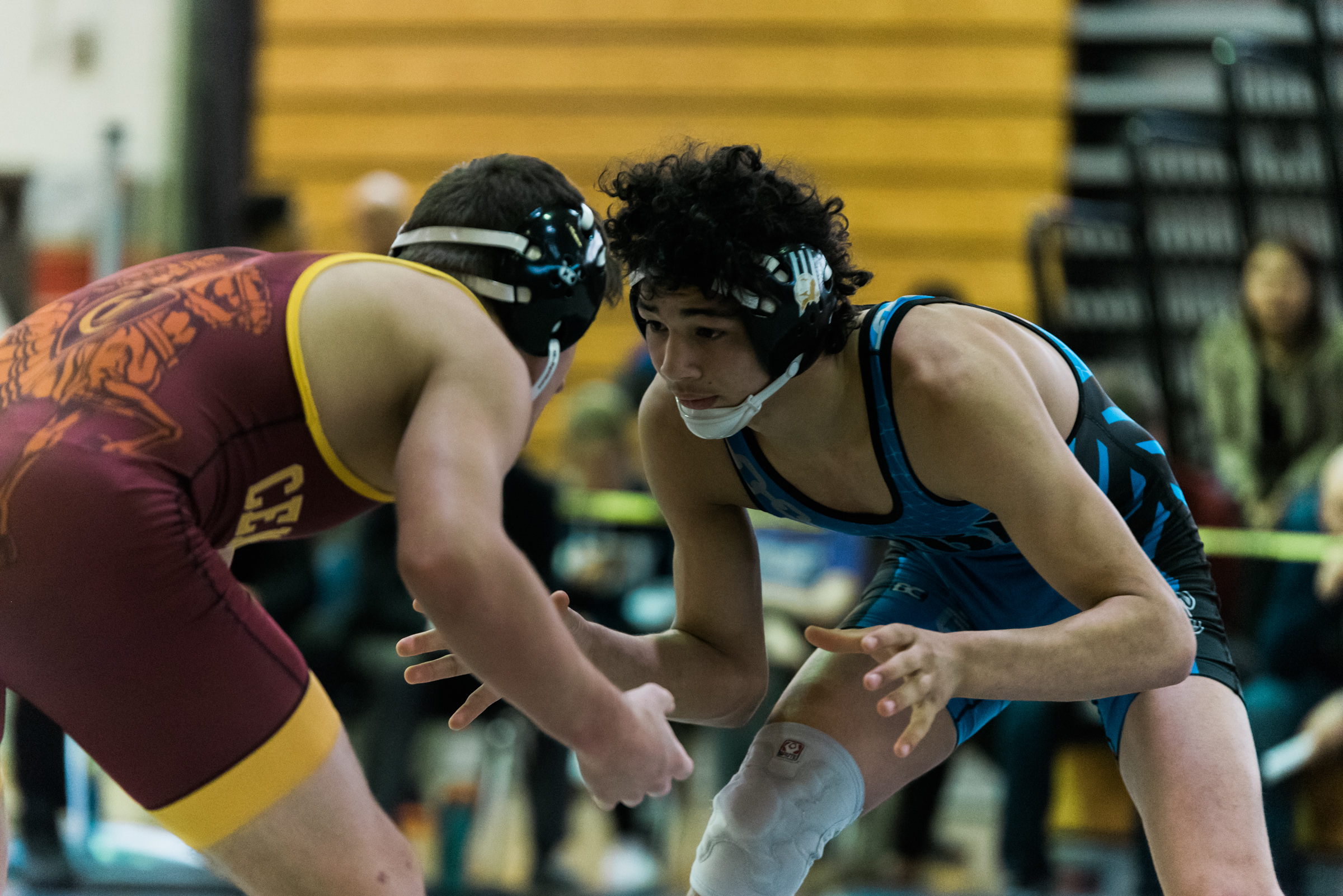 The Beat the Streets Philadelphia (BTSP) off-season wrestling program was extremely successful this year. After establishing four off-season sites, each with a dedicated Pennsylvania Regional Training Center (PRTC) athlete as a clinician, BTSP was able to qualify four athletes to take advantage of the high-level training available at the PRTC. In short, qualifying to the PRTC means gaining the opportunity to train with some of the top wrestlers in the world as well as the chance to drill with the top competition in Philadelphia and its’ surrounding area. Of the four athletes who’ve qualified, both Angel Garcia (Mariana Bracetti Academy) and Daishawn Tilghman (Overbrook) stood out this summer as two guys who are liable to make some noise during the folkstyle season. In addition to qualifying for the PRTC, Angel and Daishawn both qualified for Cadet National Duals through their successful folkstyle seasons where they helped the Pennsylvania Red team to a 3rd Place finish in Greco-Roman and a 4th Place finish in Freestyle. Additionally, both wrestlers were selected by Beat the Streets Philadelphia (alongside 10 other BTSP wrestlers) to attend a great cross-face cradle series camp run by Maurice Atwood, a 19x State Championship Head Coach from North Carolina. While there were a number of BTSP student-athletes who excelled this summer in their efforts to improve, Angel and Daishawn stood out from the rest and anyone who’s been a part of their offseason training has taken notice. Those who don’t already know these kids soon will. Both Daishawn and Angel are poised to be leaders, not only within their respective programs, but throughout Beat the Streets Philadelphia programs. Off the mat, Daishawn has actively participated in BTSP mentoring for years and Angel is looking forward to becoming engaged in mentoring as well. All of us at Beat the Streets Philadelphia are excited to see these two hit the mat for the folkstyle season and show everyone how much they’ve improved. In addition to these two standouts, Beat the Streets Philadelphia has a lot to be excited about this wrestling season. With folkstyle season around the corner, BTSP also has some incoming freshman who are ready to make some noise. Aboubakare Diaby (Central High School) and Reynaldo Garcia (Mariana Bracetti Academy) are two young men who have a real ability to break their respective lineups in 2018 and get some valuable mat time. As Beat the Streets continues to grow, there will surely be more student-athletes like Daishawn and Angel who are just waiting to break out and be recognized at the state and/or national level. In order to support the growth of our athletes, however, we need your help. The generosity of our donors, volunteers, and BTSP community members has allowed Beat the Streets Philadelphia to aid thousands of wrestlers in achieving their goals on and off the mat, but we are always looking toward future growth. We ask that you please consider supporting Beat the Streets Philadelphia through either through our ‘Donate Now’ page, 'online store', as a volunteer mentor, or coach. For more information on our organization, please see How We Help or give us a call at 215-454-2255