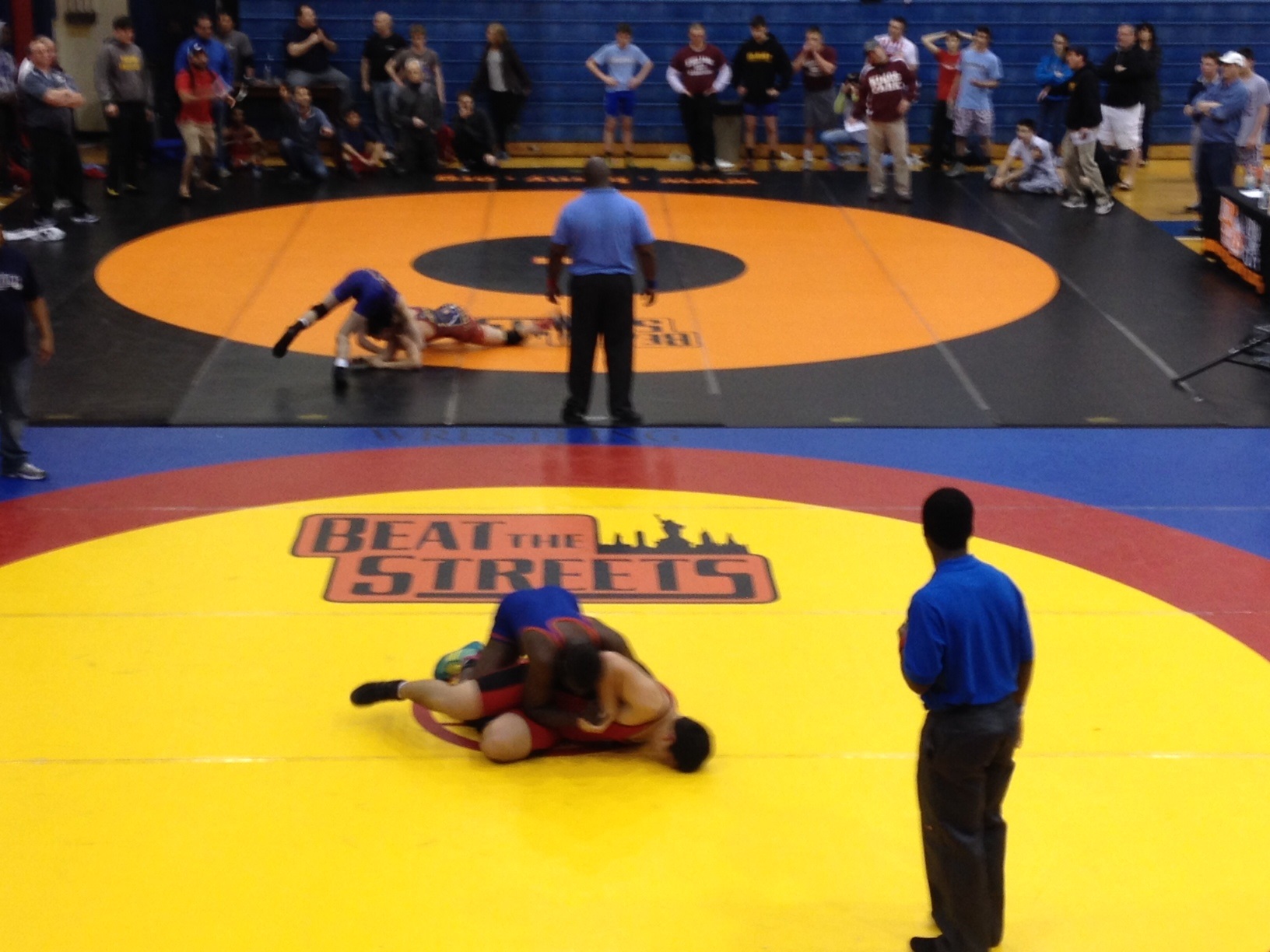 Beat the Streets Philadelphia wrestlers have been busy during the spring freestyle season. Most recently, a select group of high school students traveled to the  Gotham City Freestyle Duals on Saturday, April 19 at St. Francis College in Brooklyn Heights, NY. The first annual dual tournament featured wrestlers from public and private school teams in the tri-state area. BTS Philly received a tough draw, wrestling eventual runners up Force Wrestling (NJ) in the first round. Despite the early loss, BTS Philly rallied to win 2 straight dual matches for a top 10 finish. Back in the Keystone state, youth and high school wrestlers have been facing top freestyle competition at the PAWF Freestyle qualifiers. Wrestlers who place top 4 at these qualifiers earn a bid to the Freestyle State Championships at the end of May. In all, over 80 BTS wrestlers have already qualified for States and have 2 more tournaments left on the schedule at Saucon Valley April 26 and Muhlenburg College on May 10. Additionally, BTS Philly wrestlers will compete in the 2014 Northeast Regional Championships held at East Stroudsburg University May 2-4. The regional tournament will feature the best male and female wrestlers from 11 different states along the Northeast corridor. In addition to the local qualifier this weekend,  girls and boys elite travel teams will be competing in New York and Connecticut respectively. The girls will travel to the Gotham City East Coast Freestyle Championships in New York and the boys head to Connecticut for the KT Kidz dual team championships. See Gotham City Results See Pictures