BTS Philly Girls battle at War of the Roses 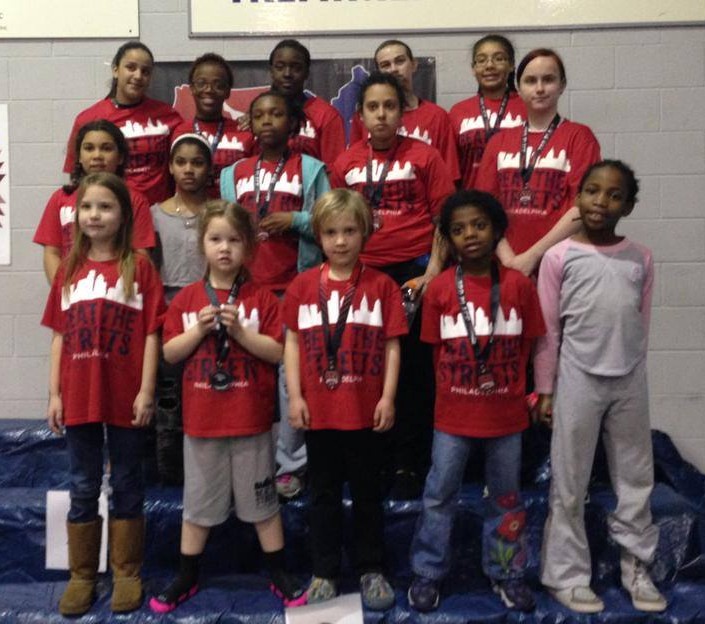 Saturday, March 15, 2014 Sixteen Beat the Streets Girl wrestlers trail blazed their way into  the first ever War of the Roses Northeast Championships held in Williamsport, PA. The Northeast Championships, which featured girl wrestlers from seven different states, is just one tournament in the War of the Roses Wrestling Series founded by Brent Harvey of Michigan. Harvey explains why he founded the series saying  “I felt it was important that somebody step up and expand girls-only events. My family enjoyed competing at all-girl events in the past. I felt my daughters got more out of girls-only tournaments, both locally and nationally, than they got out of the rest of their wrestling season." Similar to Harvey's daughters, Beat the Streets  girls enjoy the camaraderie of the all-girl team and the chance to compete against opponents of similar strength. For example, 12th grader Lakita Williams complimented her kindergarten age teammate, Sage Bowman, who was competing in her very first girls tournament, saying "Sage is a super awesome little wrestler, we had fun today. And even though she took 4th she wrestled her little butt off! Proud of her!" Beat the Streets girls will participate in their first freestyle tournament on Saturday April 12th, at the Revolution in Springfield Women's Invitational in Springfield, Massachusetts. View Pictures View Results