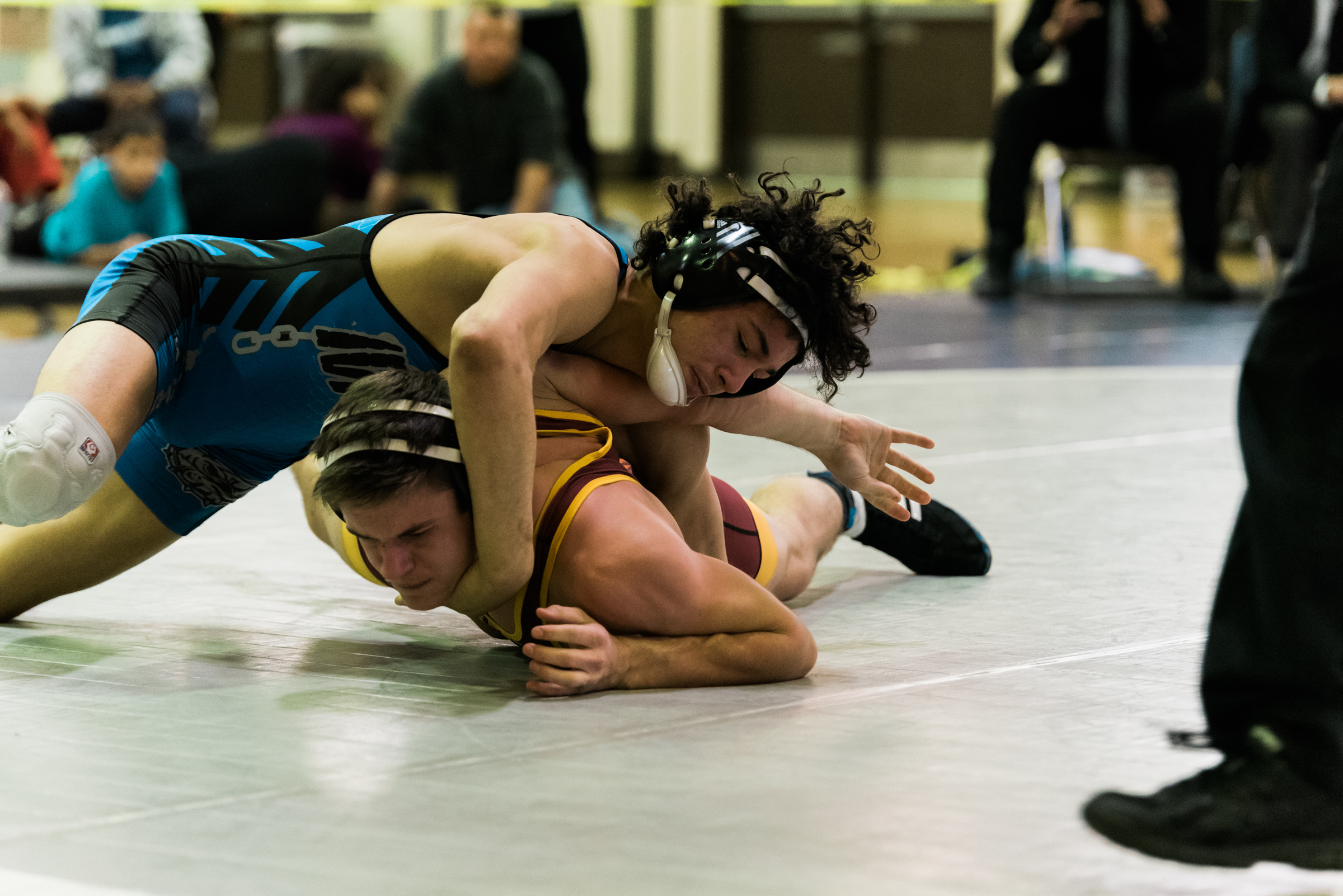 This month, wrestlers from all across the country made their pilgrimage to Fargo with hopes of returning home a national champion. The tournament features both styles of Olympic wrestling; freestyle and greco-roman. To qualify for Fargo, individuals must place in the top 3 at their freestyle and/or greco-roman state tournament. This year, Beat the Streets Philadelphia was represented by two athletes; Miles Lee (SR) of South Philadelphia High School and Angel Garcia (FR) of Marianna Bracetti Academy. Both wrestlers qualified for the championships in both styles and entered their respective campaigns at Fargo with high hopes to return home with some hardware. Miles Lee, a recent graduate of Mastery Charter High School had an extremely successful folkstyle season to cap off his high school career and hoped that success would translate into freestyle success. Miles finished his senior season wrestling for South Philadelphia High School as a section, district, and regional champion (Philadelphia’s first). At the PIAA State Tournament, Miles wrestled his way to an astounding 5th place finish; the highest finish at the PIAA State Tournament for any Philadelphia Public League wrestler in history. At Fargo, Miles competed in both styles and returned home a double All-American. Miles competed at a tough weight class, but was able to beat some tough opponents and make history by being the first Fargo finalist in Philadelphia wrestling history! He recorded technical falls in each round until his semi match against two-time Georgia state champion & #10 in the nation, Matthew Waddell. Despite being overlooked, Miles bested Waddell by a score of (6-2), securing his spot in the finals against #1 Jacob Warner. After ultimately coming up short in a tough bout, Miles finished his freestyle campaign as up a national runner-up. Miles competed in the greco-roman as well; taking home a 6th place finis. Angel Garcia, a rising sophomore from Mariana Bracetti Academy had a phenomenal rookie season. As a freshman, won a sectional title, placed 3rd at the district tournament, and 5th at the northeast regional tournament. This offseason, Angel has worked day in and day out to get better, and it showed out at Fargo. In freestyle, he recorded technical falls into the quarterfinals where he lost a tough match against fellow freshman and Utah state champion Mckay Foy. After being eliminated from the championships, Angel battled back though the consolations but eventually fell short of the podium after losing to Iowa state runner-up Skyler Noftsger. Despite falling short in freestyle, losing in the blood round, Angel saw an opportunity in greco to redeem himself. He blew through all of his opponents until the semifinals; where he met Dalton Andrist, a wrestler at Minnesota-powerhouse Stewartville High School. Angel lost (6-1), dropping him directly to the consolation semifinals where he defeated Jacob Nolan, a New York 4th place finisher. Angel defeated Nolan and earned an opportunity to battle for the 3rd place. Angel cruised through his consolation final with ease, recording a tech fall (10-0) against California standout Marcos Jimenez. Both Miles and Angel made us very proud this freestyle season. Both student-athletes worked extremely hard to get better and truly earned everything they’ve accomplished. Both will undoubtedly continue to work hard and make all of us at Beat the Streets proud. This fall, Miles is preparing to attend Millersville University and Angel is preparing to enter his sophomore year at MBA. If they both continue to work like they have these past few months then the sky’s the limit for both of them. If you want to see all of their results, check out Flo Wrestling here! Miles competed as a junior, while Angel competed as a cadet. If you want to assist Beat the Streets in creating these opportunities for as many kids as possible in the future, check out our donation page here.