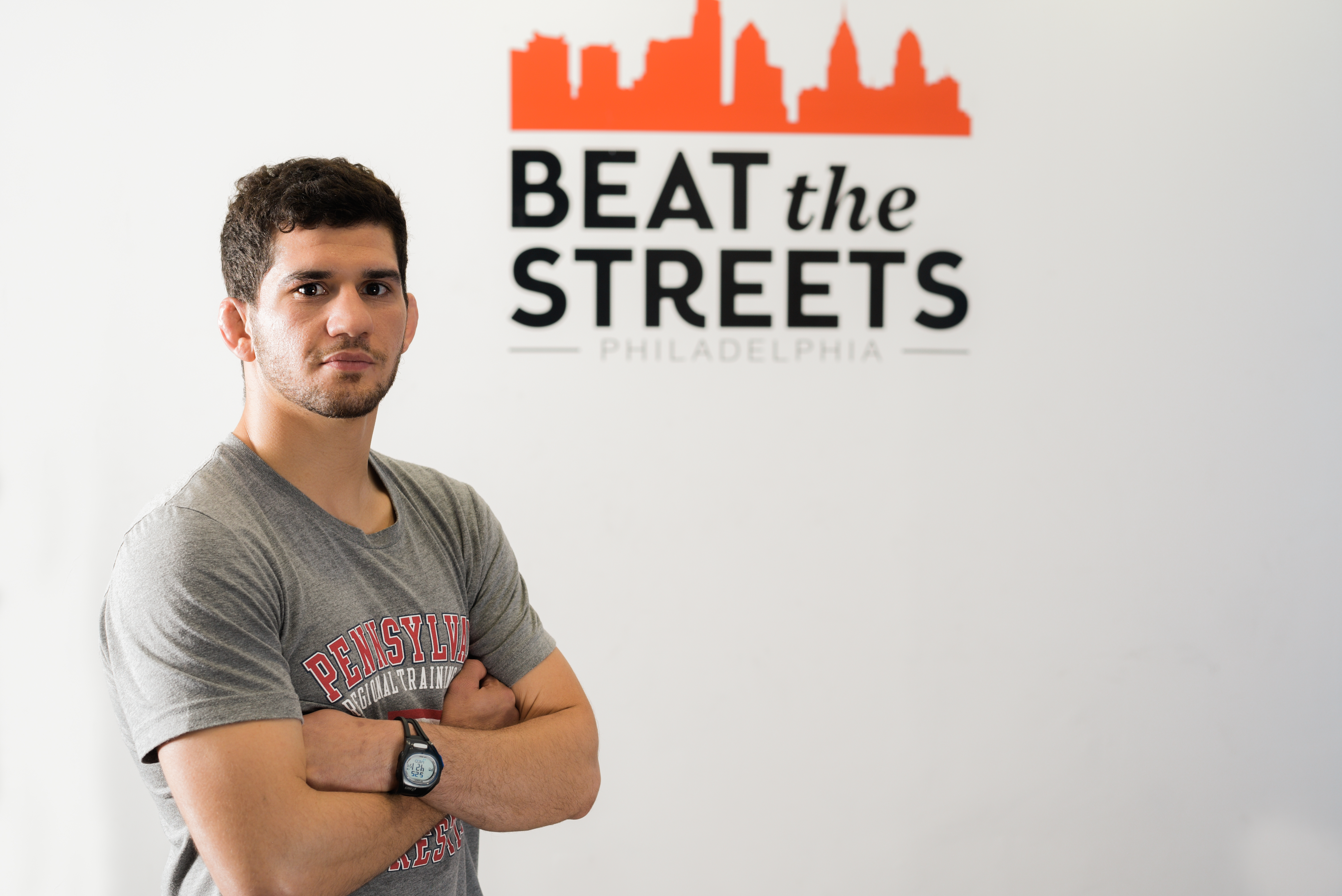 After nearly a year of training, at the Pennsylvania Regional Training Center, former All-American, Dan Mitcheff, is heading back home to Ohio to take an assistant coaching position at his alma mater, Kent State University. Although the RTC wasn’t his first training spot, it will be his last, as Mitcheff has decided to hang up his shoes, and focus on coaching full time. His international career started in 2010 right after graduating Kent State when he decided to immediately jump into the freestyle scene. Growing up he enjoyed both folkstyle and freestyle, but always gave a slight edge to freestyle. Mitcheff said, "I started freestyle in 8th grade and at first it was hard to make that transition because it was new, but for me I liked freestyle because the wrestling was based on your feet, and I was better on my feet… I liked freestyle a little more just because I like wrestling from neutral.” Mitcheff made a splash early and placed 4th at the 2010 US open which qualified him for the world team trials. After graduation he was unsure if he wanted to continue his wrestling career, but his initial success convinced him to give it a go. However, he wasn’t sure exactly how to go about doing that. “Nowadays the sport is gaining more popularity and there are more RTCs and clubs that offer freestyle, especially I’d say within the past 5-6 seasons since I’ve been out of college. Colleges have more RTCs and training options now, but back then there weren’t as many, so basically I didn’t know exactly if I was going to continue with it or not.” Dan spent another year, at Kent State, where he continued to attend school, help coach, and train. The following season he took a position as an assistant coach at Army. He assumed the position and continued to train for his international goals while there. However it was a tall order, "That was tough. You want to be a little selfish and work on yourself, but you also want to give back to the kids because that’s your job as a coach, and they’re your guys, and it’s tough to do both.” After simultaneously coaching and training for two years, he decided to go all in, and focus entirely on training. “I didn’t have too many opportunities, but something came up at Cleveland State, and I’m from that area, so I trained there for 2 years did a little bit of coaching, but mainly focusing on training and lifting.” He finally had his opportunity to train full time, but he realized that he still needed to do one better to achieve the goals he set for himself. “I mainly went with the Cleveland State guys, it was good they did a good job with what they had, but I knew that it wasn’t enough, and that’s what lead me to here, the Pennsylvania Regional Training Center, and it was a perfect situation, I had great partners, they had a lot more resources, they sent me different places, I trained at the Olympic training center and things like that. So that’s what lead me out here.” Mitcheff was in an environment where he got to wrestle with practice partners like former Iowa wrestler and Big 10 runner up, Josh Dziewa, and University of Pennsylvania’s 3 time NCAA qualifier Caleb Richardson. Tough wrestlers, whom would give him different stylistic matchups, and help him prepare for international tournaments. Before Mitcheff, made the decision to come to the PRTC, he was already familiar with the Beat the Streets Program. “It drew me to the place that they were doing that here in Philadelphia.  It was part of the package, the wrestling part and the resources they had were amazing, the other part was Beat the Streets which is awesome. It gave me a chance to be more than a coach, it gave me a chance to give back, I knew I wanted to do something like that”.  Although familiar with the program, Mitcheff was unaware of the scope of BTSP. “I had an idea of what it was, but I never knew how big the impact the program was having, lives are being changed, kids are getting opportunities to be involved in something, and learning, and growing. 18 schools are fully funded now, and that’s a lot of kids, and the impact that it’s having on the community is amazing.” He also thinks that the wrestling community should expect to see big strides in Philadelphia wrestling in the future, “I think the Philadelphia area is only going to get better, especially because the kids see the benefit of it. There are guys out there that are hungry and just want to keep getting better. You know even if you just have a few kids every year getting better, they’ve got the training center here, and they can get involved with that. I think it’s only a matter of time before they start reaching that next level.” This year alone Philadelphia sent 2 wrestlers to the state tournament, both BTSP participants. While that number may not seem large, the Philadelphia public league schools have only sent 4 wrestlers total to the state tournament since joining the PIAA in 2007, and never 2 in the same year. Although Mitcheff will have a lot on his plate next year as Kent State tries to fill the holes left by 2 graduating All-Americans, and balance a roster largely composed of underclassmen, you can guarantee that he won’t forget about his experience with Beat the Streets “This experience has opened my eyes to wanting to give back more and being part of something bigger than myself, there’s a lot of people out there that just need a little help and little things can help change lives.”