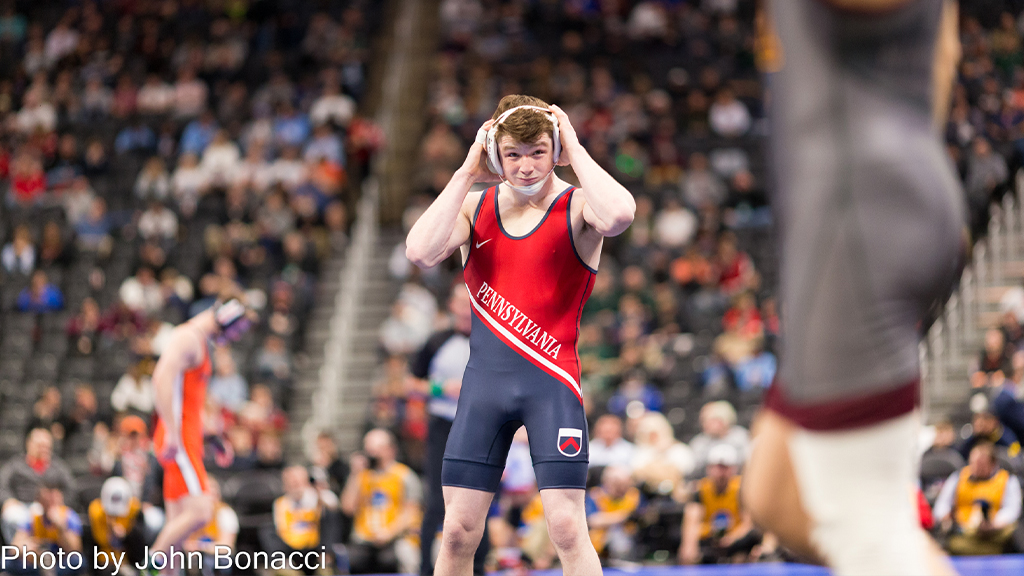 In this episode of the podcast, we have the honor of speaking with UPenn wrestler CJ Composto, who became a Division I All-American this March with an 8th Place finish at the NCAA tournament. Although CJ dominated on the mat this season, what stands out to us is his dedication to serving others.

“Every time I look up, I see CJ at the mentoring center,” said BTS Philly Executive Director James Mangan. “It’s incredible that he’s able to dedicate the time on top of a rigorous athletic and academic schedule.”

James went further to pose a question to the Philadelphia wrestling community: “What do the three most recent Penn All-Americans (Lorenzo Thomas, Casey, Kent, and CJ Composto) have in common?”

Answer: they were all heavily involved in mentoring at Beat the Streets.

CJ explained how working with the student-athletes at Beat the Streets inspires him to be a better person.

“My mentee Liam will push me outside of my comfort zone and try to look at areas in my life that I could be getting better at. And then like, I'll try to push him outside of his comfort zone, because it helps when you have someone that can hold you accountable.”

“I'll talk with Liam about something that I want to improve on. And then I'll be in the next week, and he's like, ‘You doing this, you doing this?’”

Despite an Ivy League academic workload and Division I wrestling schedule, CJ still shows up to the mentoring center as much as possible.

“There are some weeks where maybe I'm able to get into the office like three or four times a week versus another week I can only get them once or twice,” he said. But he makes it a priority.

“One of the things I love the most about Beat the Streets is that everyone that's there wants to be there, which you don't really get anywhere.”

Besides a top academic and wrestling program, CJ was driven to Penn by the Philadelphia wrestling ecosystem. “They talked about the whole ecosystem and how serving others is a core value.”

CJ was first drawn to BTS when UPenn Assistant Coach BJ Futrell told him about it. “He explained the benefits that you can get from mentorship and how by lifting other people up, you lift yourself up along the way. So it's like a win-win type of relationship.”