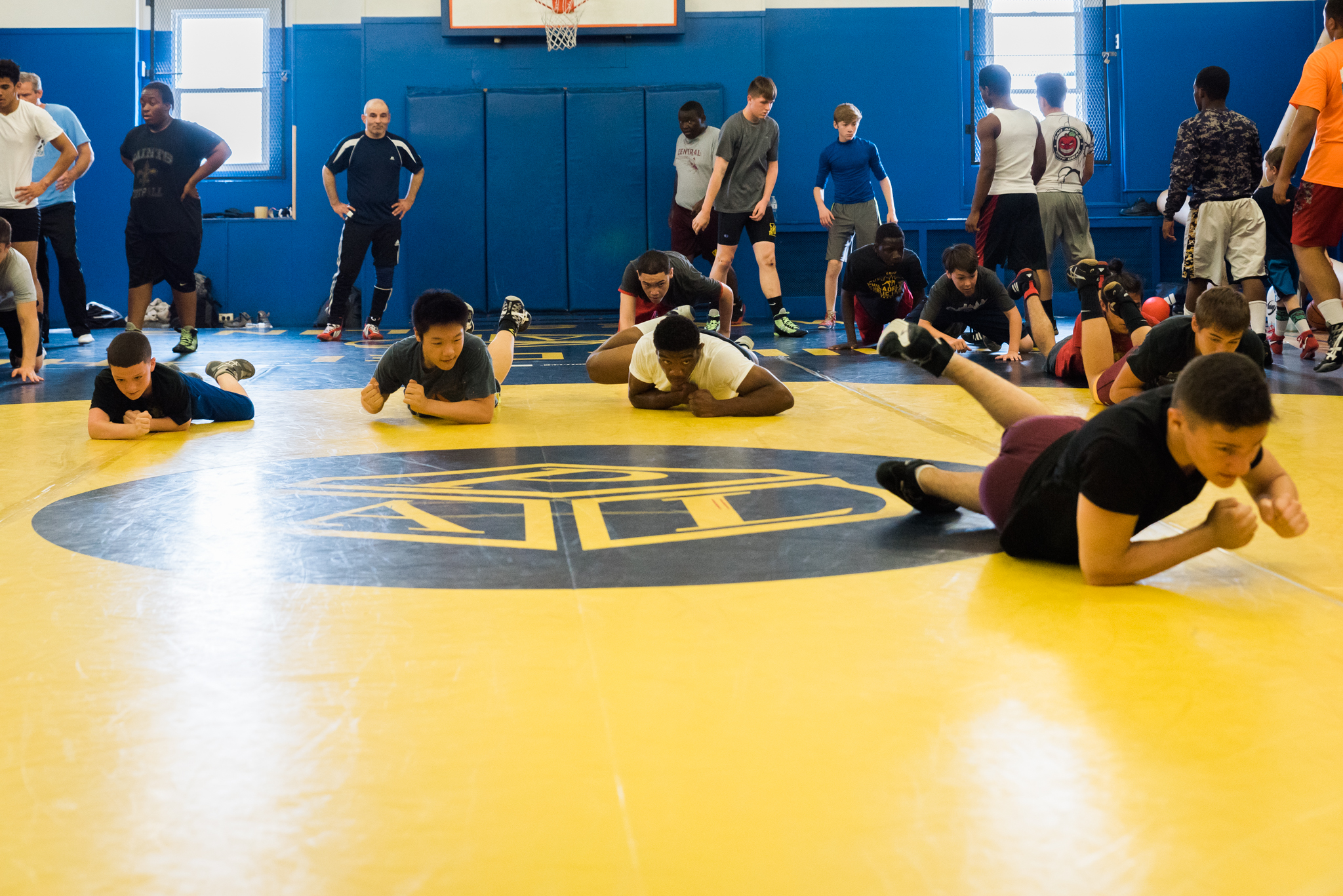 Although wrestling season is over, Beat the Streets has been staying busy creating opportunities for kids to continue wrestling in the offseason. Two weeks ago BTSP hosted camps at Penn Charter and the Philadelphia school. Last week we ran a camp at the Police Athletic League of Philadelphia. The turnouts were great, with wrestlers ranging from early elementary school to high school showing up to sharpen their technique. As the saying goes, “champions are made in the offseason”, and these campers will reap their reward on the mats this upcoming season. Especially since they are getting the opportunity to work with extremely credentialed technicians such as 4 time All-American and national finalist, Mike McMullan, Big 10 runner up Josh Dziewa, EIWA champion Matt Cimato, and two time All-American and current assistant coach at Rider, Nic Bedlyon, just to name a few. The wrestlers completed questionnaires at the conclusion of last weeks’ camp which included a question asking them what were 5 things they learned that would help them in their lives. Some of the more popular answers were teamwork, courage, and friendship. However hard work was by far the most frequent response. Hard work will allow these student athletes to achieve their goals in school, sports, and almost every facet of life. Learning the value of hard work is even more important than mastering a double leg takedown (although that’s pretty important too), and here at Beat the Streets we strive to emphasize this. Whether its on the mat or in the classroom, the BTSP wrestles will strive to do their best, and work their hardest to achieve the lofty goals they set for themselves. Bella Cordero and Thomas Jones are both 10 year olds that attended the PAL camp and share the dream of one day becoming Olympic champions. Bella said, “Wrestling taught me not to give up even if I fail, that’s how I will be an Olympic champion." Thomas echoed the sentiments of many of the questionnaires and said “Wrestling teaches hard work, and you have to work hard to be an Olympic champion.” Some of the older wrestlers, like 17 year olds Ahray Travis and Greg Peu, stressed the importance of work ethic, on an off the mats. Greg, stated “Wrestling helped me develop a good work ethic, and with that I learned to never give up because anything can happen.” Ahray said, “With a good work ethic, you can achieve the goals you set for yourself”. These student athletes embody what BTSP is all about, working hard on the wrestling mat even in the offseason, and carrying over those skills to every day life.