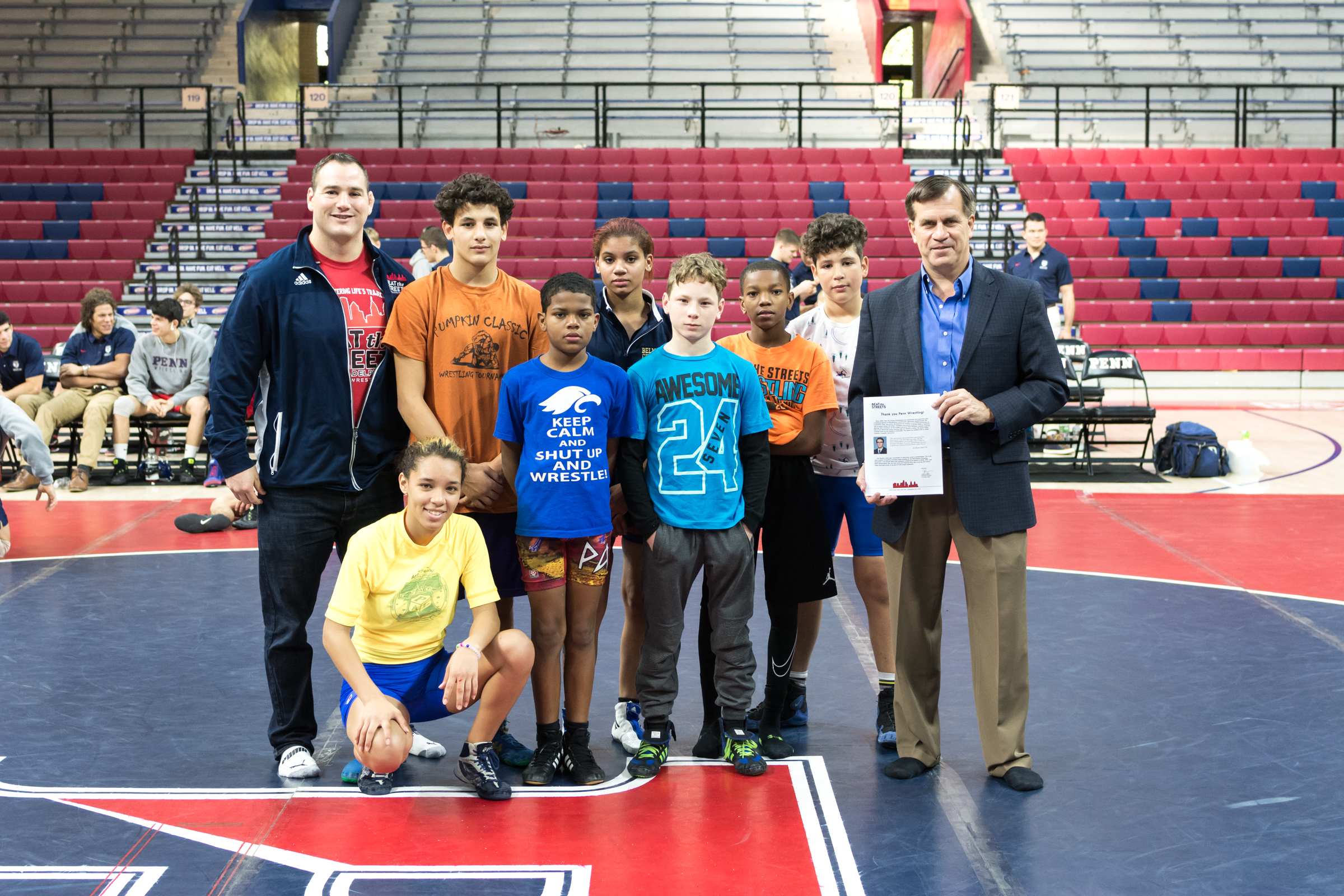 Penn Wrestling coach, Roger Reina invited Beat the Streets Wrestlers to the Palestra in Philadelphia to compete in exhibition matches in front of a crowd of Penn Alumni. Wrestlers Leo Petrowski, Reynaldo Garcia, and Tatyana Ortiz recorded wins by fall in their respective bouts. Coach Reina spoke with the group of young wrestlers about the history of the sport we all love so much. One interesting point Coach Reina shared is the origin of the word Palestra and it's historic importance in NCAA Wrestling. Palestra: (Ancient Greek) a wrestling school or gymnasium. The Palestra is believed to be the site of the nations very first college wrestling tournament. Coach Reina spoke about the significance of Philadelphia's rich wrestling history while challenge BTSP wrestlers to be fearless in pursuit of individual aspirations. BTSP, along with Penn Wrestling, and the Pennsylvania Olympic Training Center, have created an eco-system of support that serves the interests of everyone involved. Beat the Streets athletes are paired with Penn Wrestlers for one on one and group based mentoring / academic intervention. PRTC athletes regularly attend BTSP wrestling practices as guest clinicians, while qualifying High School wrestlers earn the right to train at the PRTC at points through out the year.

BTSP actively engages more than 1200 at risk students from Philadelphia, Camden, and Trenton with programs that enrich participants lives; both physically and mentally. Our mission of "positively altering life's trajectory" has been successful because of generous support from Foundations, Corporations, and Individuals. As a sports based youth development Non-Profit, we rely on continued support of donations to keep programing impactful. If this story was significant to you, please considering making a monthly or one time pledge at our Donate-Now page.