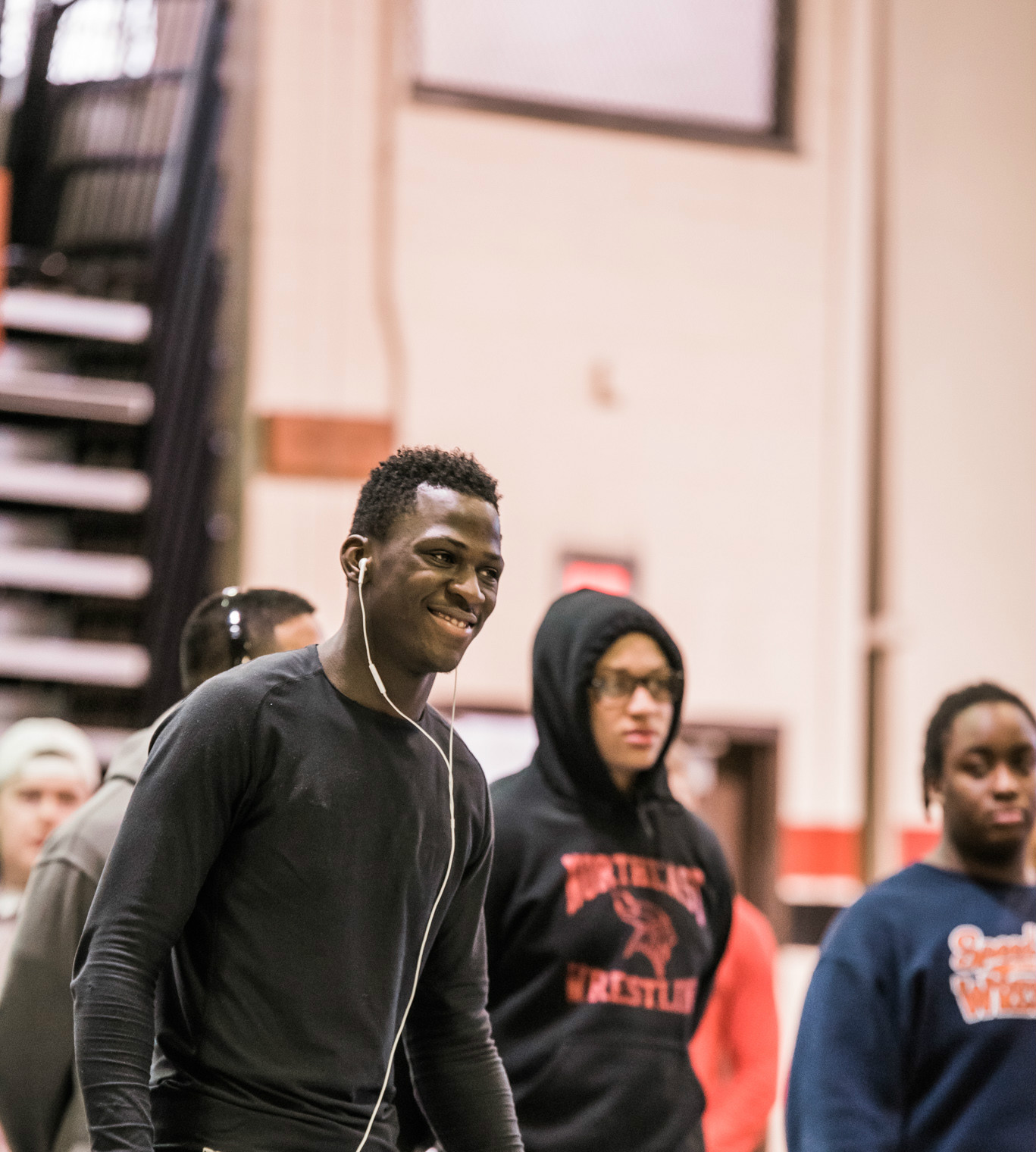 Craig Duren didn’t set the world on fire his first few weeks of wrestling. In fact, he started his freshman season off by going 2-11. While most would feel discouraged, Craig kept plugging along and making strides. The second half of his freshman year he went 14-7 and qualified for the district tournament. Craig’s wrestling progression continued at a rapid pace. With one year of experience under his belt, he went 36-13 as a sophomore. He followed that up with a 32-6 junior season. Now, as a senior, he is off to his best start yet with a 24-1 record. His coach at Martin Luther King High School, Dom Castelli, points to his work ethic and toughness as keys to his success. “There was a turning point in his freshman year where he realized that he could be a really good wrestler. After that the switch was flipped. He doesn’t do anything fancy, he’s just a tough wrestler that wants to go out there and dominate, which is really enjoyable to watch as a coach.” Craig began to attend off-season wrestling practice as soon as his freshman season ended, frequently bringing his other teammates with him. As he continued to hone his skills, his record continued to get better. This season Craig reached 100 wins, an incredibly difficult milestone to achieve. However according to coach Castelli, he still isn’t satisfied. “He’s a warrior and he wants to be the best. He wants to set the all time Public League win record. He wants to qualify for states. He wants to one-day wrestle in college. Wrestling has helped him set goals, and now he’s trying to achieve them.” Perhaps the most impressive aspect of Craig’s success this season is that he is doing it across 3 different weight classes. Although he is certified at 170, he has wrestled the majority of his matches split between 182 and 195. Craig’s strength and speed allow him to compensate for his lack of size. Having the option to slot him into 3 different weight classes and still get a win makes Craig an incredibly valuable wrestler in dual meets, and allows a lot of flexibility with MLK’s dual meet lineups. Craig’s stellar season, and reaching the 100 wins milestone, has earned him the honor of January's Wrestler of the Month.