Ernest Holland – In their shoes 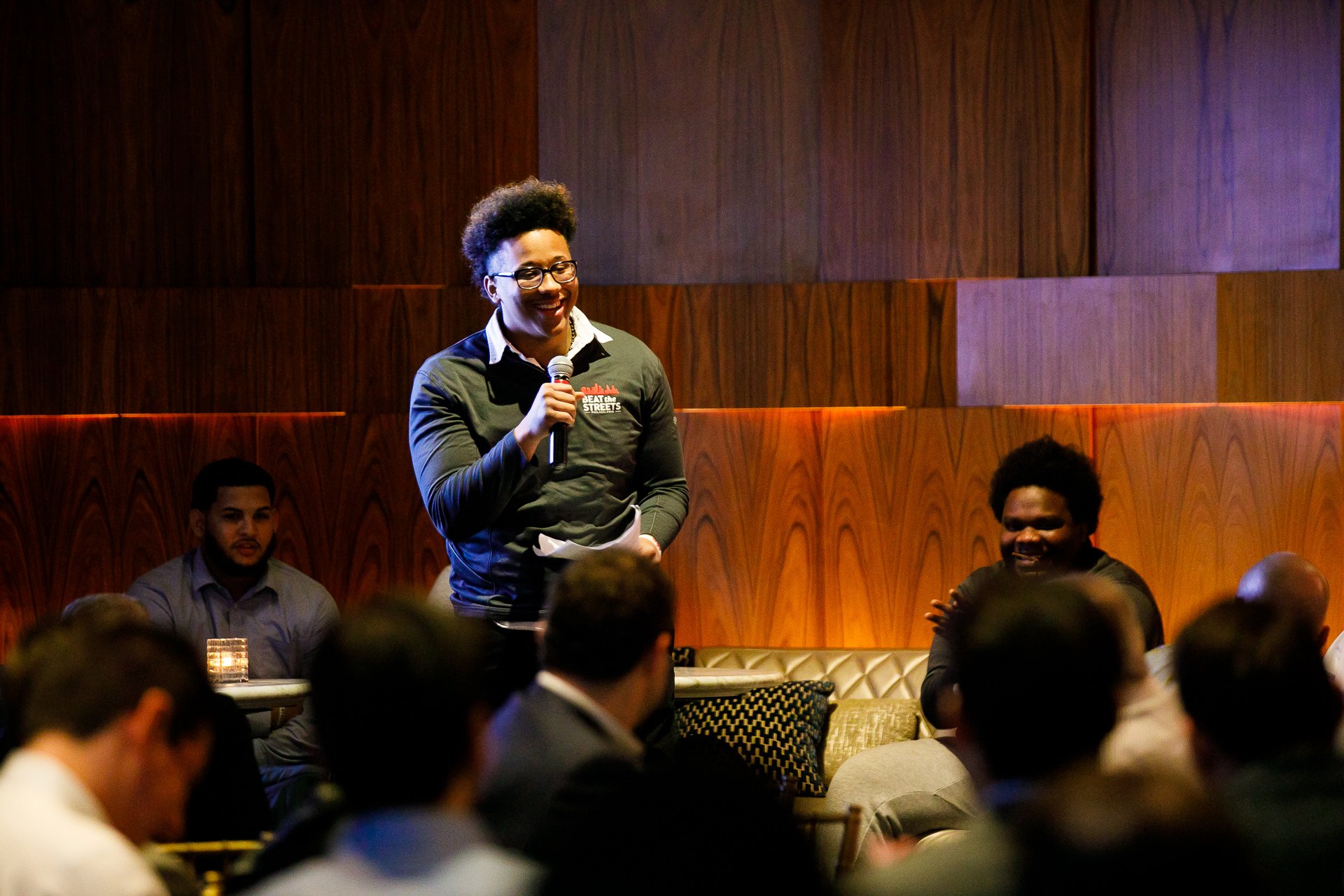 Hey my name is Ernest Holland, Aka Ernesto. I’m from West Philadelphia, I’ve been a Beat the Streets wrestler since 2010, and I’m currently a freshman at Temple University. I just want to start by saying thank you all for taking the time to read this and for helping to create and support a great organization like Beat the Streets which has really become a family to me. In elementary school, I grew up with a single parent who was in charge of 8 kids total. As you can imagine I didn't have access to all the new toys or gadgets other kids had at my age. Yeah I had the obama phone and it was dang good too but the point is that we had a hard time as a family. Even though I had very little, I cherished my mom and grandma, and when grandma passed away it was one of the worst times of my life. My grandmother was my best friend and her passing made it nearly impossible to stay engaged in school and to stay out of trouble. My grades began to slip because I didn’t want to do anything. I was sad...and i just wanted to give up. On top of that tragedy, I was witnessing shootings, robberies and other types of violence in the neighborhood on a regular basis. All of this made me feel angry which led me to get in trouble for fighting frequently. I felt horrible about slipping grades and getting in trouble, because I could see that I was letting my Mom down. It was like a spot of light came through a tunnel of darkness when Coach Mccabe told us that there was going to be a wrestling team added to the school. I remember it like it was yesterday because we were the first program to ever be a part of Beat the Streets in Philadelphia. It was so exciting because it was the first time this sport was brought to life in our area...it was amazing! When we had our first practice Coach Mccabe said first thing “you guys are gonna keep your grades up and you cannot get in trouble if you want to wrestle”. Instantly I knew that if I wanted to do this sport, I had to be the best that I could in the classroom and in life. My 9 years with Beat The Streets have been full of incredible memories. I got to travel with the All-Star wrestling team, competing in Connecticut, Maryland, Virginia, New Jersey...etc. I got to lead the way for Belmont wrestlers by being the first state placer for my middle school. I had the opportunity to wrestle in the big Time Square New York, and even meeting Olympic Gold medalist Jordan Burroughs. I wrestled in the Cadet Duals for freestyle. I had the opportunity to meet and learn from some of the best wrestlers and coaches in the country, like Olympic coach Brandon Slay. We went on college tours and did summer camps which definitely gave me the college experience and helped me figure out my path. I feel grateful to have had these experiences and to have built friendships that I never thought I would make. This eventually influenced my decision of my college career choice. Which was studying with the major of entrepreneurship and eventually traveling all over the world trying to expand a business that has relations with film production,thanks to Pooya, my mentor for helping me with my essay for college. He helped craft it together to making it a masterpiece. That’s what I called it...he helped me get into to one of my top schools, receiving an academic scholarship and having to pay less money and this semester no money due to grants and scholarships. My years as a wrestler for Beat The Streets has made me wise, like the owl I am today...get it guys...cause I go to Temple (crowd laughs). During those times in middle school I’ve learned a lot of things. The program has made me the way I am today  because it not only helped me learn the sport of wrestling but it also taught me how to keep my composure, show sportsmanship, integrity, responsibility, believe in myself and so much more. Thanks to Mccabe I’ve really realized that you have to work hard, and you have to grind in order to really reach your goal. That lesson was very impactful and I’m truly grateful for having somebody like him guide me throughout my journey. I would probably not be here talking to you guys if it wasn’t for him. Maybe the most important lesson that I learned is to be selfless, to think about others that need help and that it’s not just about me; because even with what I have been through, there’s always someone going through worse. This lesson is what motivates me to help out the younger BTS wrestlers in the mentoring center and on the mat. I went from being bad little knucklehead from West Philadelphia in a not so good neighborhood that gets into trouble all the time, to a guy who is striving to make a positive impact on society. Reflecting on all of those great memories makes me proud to have been a part of the first BTS program in Philadelphia; I got the chance to see how we started with supporting a couple of local schools, to building our mentoring center from the ground up, and to helping out nearly every school in the Philadelphia area to prevent local kids from getting hurt on these streets.   There are millions of kids just like me who need your help, so thank you to everyone for supporting this organization, for supporting this family.