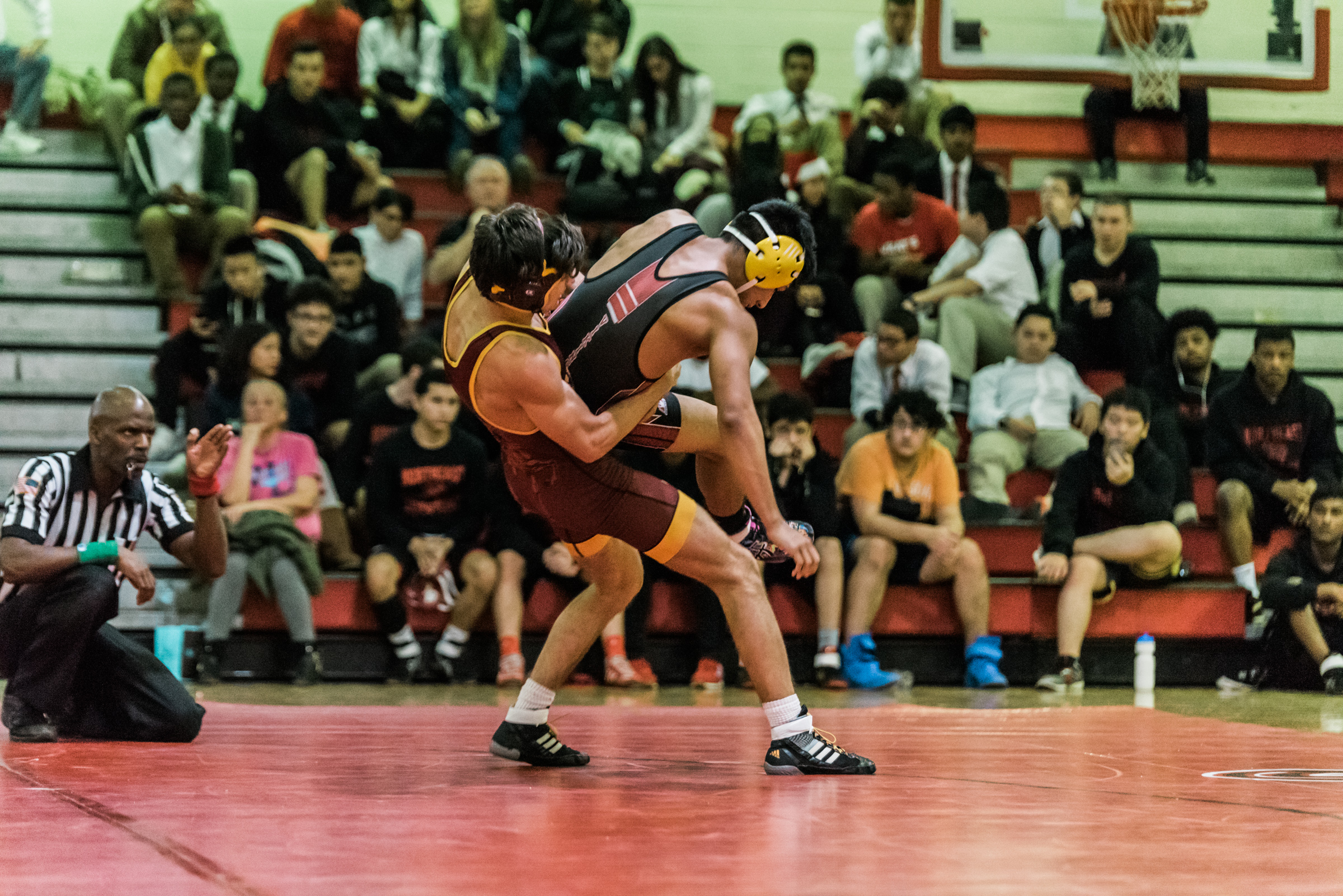 The District 12, Philadelphia Public League featured match in December had all the makings of a barn burner. A rematch of last year's Public League Championship, Central Lancers traveled to Northeast High School with the goal of defending their status as the best team in the league. Coaches Jeremy Julien and Mike Siravo are no strangers to facing each other in matches like this. With the PPL being split between Central and NE for the past few years. Many would say that this match is a prelude to the seasons Championship match on January 24th, 2018. [caption id="attachment_6456" align="alignleft" width="300"] 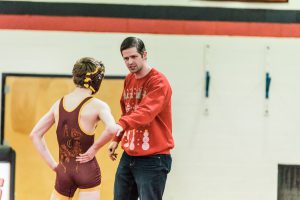 (Coach Julien providing guidance to Central's Caleb Perline during an injury stoppage)[/caption] Despite the big home crowd at Northeast, Central started the dual with a 2nd period win as Gregory Pugh pinned Jared Hynson. That would lead to a six match win streak for the Lancers with (106) Mosin Ghafary pinning Ryan Ponce, Caleb Perline's tech-fall over Ian Santiago, Sami Kakar with a minor decision over Mike Acevedo, Aboubakare Diaby with a minor decision over Joe Lombardo, and Gai Lomidze's tech-fall over Chris DelValle. Close matches at 120 and 126 could be swing matches later in the year. With the team score 28-0 after 6 matches Central looked to be in a good place to walk away victorious. Adrian Lugo gets NE its first win with a 11-7 minor decision over Jackson Fung. Central would once again go on a win streak from 145-160 recording a minor decision from Nick Henry over Rigoberto Vasquez-Ortiz, an overtime win from Lucien Anderson over Mike Rubino, and a supprise pin from Greg Khochiashvili (wrestling in place of Nick Rubino) over Zamire Thomas. Central secures the team victory after that win with just four weight classes remaining. Matches up at 145, 152 and 160 can all go the other way in the future. [caption id="attachment_6457" align="alignright" width="300"]

(Coach Siravo staying focused during blood time)[/caption] Northeast's Emrakh Faikov pined Alan Giang at 170, followed by Central picking up wins from Vlad Falendysh pining  Chris Lopez and Charles Livingston pinning Victor Tiu. The highest ranked wrestler on either team, Jameel Coles from Northeast finished the dual with the only forfeit leaving the final score 52-12, Central over Northeast. Central Coach Bucky Johnson said "We thought it was going to be a lot closer. We won at some weight classes we didn't expect to." Northeast's Siravo stated "It stared off bad and continued throughout the entire match. We have some work to do before we see Central again." Regardless of the outcome from this match, one thing is clear...These are two very good teams that will be a force to be reckoned with after the break. Next up for both teams is the Wetzel Classic in Hatboro Horsham on 12/29 and 12/30. Full gallery of images available at: https://goo.gl/xDYg1t