May Wrestler of the Month – Jameel Coles 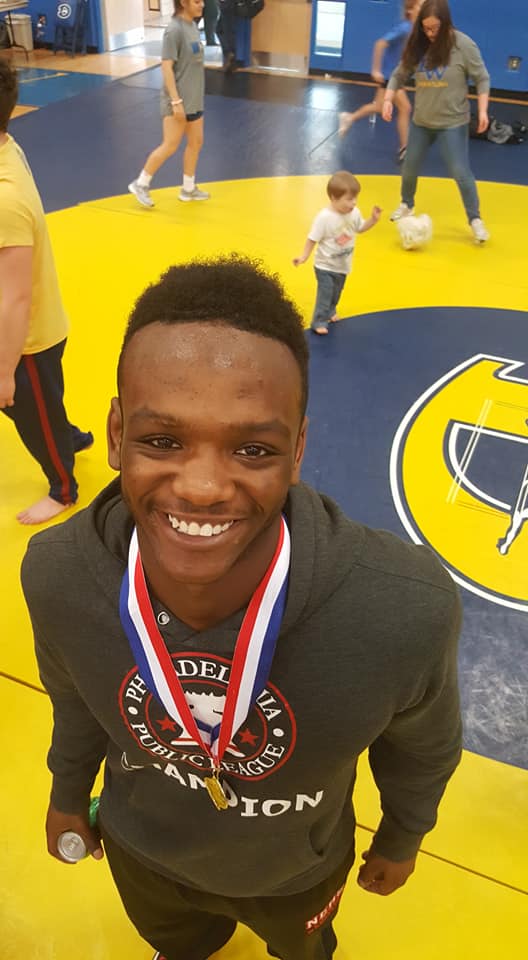 Jameel Coles took the wrestling world by storm this past spring making his first trip to PIAA state championships a memorable one. He beat undefeated state college wrestler, Cole Urbas, who was ranked fourth in the nation at that time by Flowrestling. Jameel went on to say this about his performance, “I know that if I keep a cool head, cool mind and show my opponent that no matter how long the periods are, no matter how long the match is I’m still going to push the pace to show my opponent that I’m physically and mentally strong.” Jameel showed tons of grit throughout the tournament earning a fifth place finish.

Rolling into freestyle and greco-roman wrestling with style after placing in the PIAA state wrestling championships in March, Jameel is in high hopes of making a statement in Fargo, North Dakota at the US Marine Corps Junior Nationals. After taking a couple of years off from wrestling freestyle and greco-roman, he boasted a championship in both styles at the PAWF State Freestyle and Greco-Roman Wrestling Tournament to earn a qualifying spot for Fargo. That time off did not affect Jameel as much as some would think. He wrestled with the Pennsylvania Cadet National Dual Team prior to his break from olympic style wrestling. As one can see, it does not take Jameel long to get back into the flow of things and he’s a big believer of hard work.   Jameel is exploring post-graduate opportunities, but his decision has not yet been made. We fully support any decision that he makes in the upcoming year! The staff at BTSP and the student-athlete participants wish Jameel good luck as he ventures out to North Dakota in hopes to all-american at one of the United States’ toughest high school tournaments.   Donations can be made on our Donate Now page