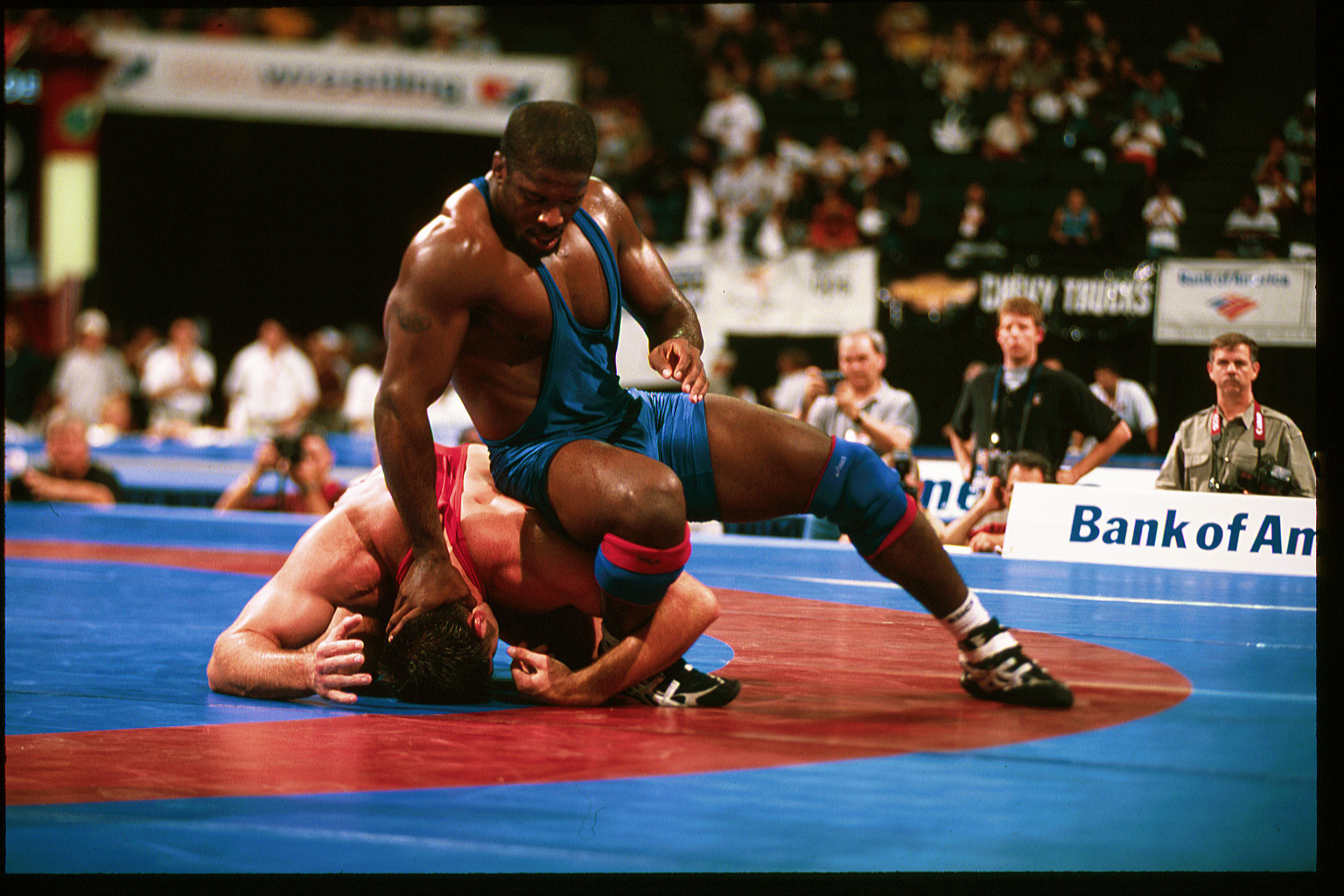 This past Saturday, we were honored to interview wrestling legend, Kerry McCoy. During his athletic career he became: a High School State Champion in New York (2 time finalist), a 2 time NCAA Division 1 National Champion at Penn State, a 5 time U.S Open Champion, a 2003 World Silver Medalist, and competed in both the 2000 and 2004 Olympic Games. Post-athletics, he became an assistant coach at Lehigh, head coach at both Stanford and Maryland, Black Wrestling Association VP, California RTC Coach and coached the 2008 Olympic team.Having been a part of countless successful teams during his time as an athlete, coach and director, the meaning behind the “team” has held much importance during Kerry’s career.

Growing up in Longwood NY, Kerry had 3 siblings and a mother who was always one of his biggest sources of inspiration. He described his mom as “a single mother raising four kids while going back and trying to get her high school and bachelor’s degrees, but always being there for the important moments in my athletic career.” Moreover, he explained that his mother’s words of encouragement always resonated with him in moments of hardship or stress. He also credits much of his success to his High school/College/Olympic coaches, who “gave wisdom in many different ways.” Outside of his circle, he always looked up to Muhammed Ali for inspiration and motivation as well.

Kerry has been a part of some remarkable teams in his years as both an athlete and coach. From a great high school program, to being a part of a world-renowned program at Penn State University, to the national team in multiple different Olympic games, the meaning behind the word “team” has held extreme significance in his career. He added onto our definition of team by describing it as “a second family.” Moreover, he stated that “from the first day I started wrestling, the atmosphere that I’ve felt as an athlete and wanted to recreate as a coach is family.” Kerry was able to thrive in environments such as these. He detailed one of the first moments where team had significance in his athletic career. He explained a story where during his Junior year of High School, he was preparing to wrestle in the County Tournament finals in which the winner goes to the State tournament. He mentioned that a teammate of his, Nicky Hall (a senior who was also a nationally recognized wrestler), took the time to help create a game-plan, practice moves and then successfully execute them in the match where he won his first County Championship. McCoy then said “Nicky had his own championship match to prepare for, and for him to take the time to help me like he did really showed me the deeper meaning behind a team. He cared about me and wanted our team to be successful.”

McCoy used the lessons learned from the great teams that he was a part of in his coaching career by turning two different programs in Stanford and Maryland into well respected teams. Kerry also detailed the differences in the meaning of “team” as an athlete compared to a coach: “As an athlete, you’re focused more on yourself and how you can be the best you. You’re always going to put in the extra work. From runs, to being in the lab. But as I became a coach, I realized that my perspective had broadened. I had to make sure that all of my athletes were motivated, but some guys’ goals are different from others. While one guy might be in the lab 6 hours a day working to be a national champion, another guy has other obligations as well. Others might become doctors, lawyers and more, so I have to realize that they are just as committed but have different paths in life.” He continued to instill the same message about team no matter who the individual was, but had the knowledge and experience based on previous teams he had been a part of to adapt to a coaches’ environment.

We at Beat the Streets Philadelphia thank Kerry McCoy for taking the time to talk about the meaning of team, his success as an athlete and coach, and his personal experiences with the sport of wrestling!