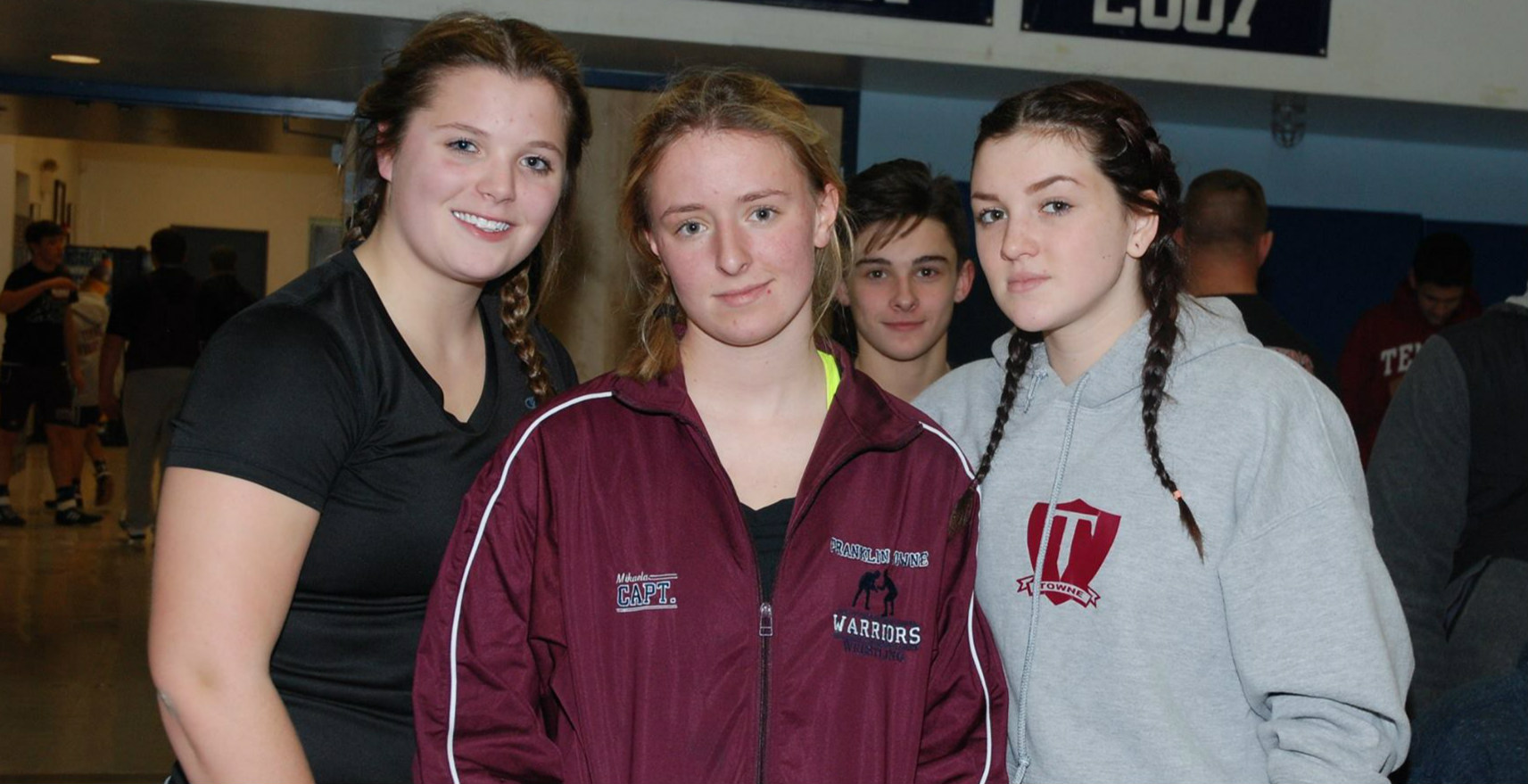 Coming into the season Franklin Towne Charter’s new coach, Brian Swift, had some questions about his team. In particular, which wrestlers were going to step into leadership positions. Mikaela Estepp quickly answered that question. A senior, but only a second year wrestler, Estepp’s drive and work ethic made her an obvious choice for team captain. Swift said it was apparent from the very beginning that she was going to be a huge positive influence on the team. “She brings an energy to the wrestling room. When we are doing conditioning she will literally grab a freshman and say “keep up with me”. She pushes those around her to push themselves and improve as well.” Mikaela sets an example in the classroom as well as the mats. She is a member of the National Honor Society and was recently admitted into Penn State main campus. She balances her academic success while being a 3-sport athlete, also competing in lacrosse and earning All-City honors in field hockey. This year she also spearheaded a fundraising effort to raise money for the program. After several hours of collecting donations in buckets on Aramingo Avenue, the team raised over $1000. Franklin Towne Charter is off to one of their best starts in school history with a 10-2 dual record. Coach Swift credits Mikaela as being the “glue” that holds the team together. “She’s an extremely moldable wrestler, when I’m showing moves, she’s always looking at the little details and trying to mirror them. She’s like a sponge absorbing the information, and she always puts 100% into everything she does. I wish I could put her heart and drive into every wrestler.” Despite wrestling for a predominantly male team and league, Mikaela was still able to earn the starting spot at 145. This is a weight class above where she would normally wrestle, but she made the commitment for the betterment of the team. Franklin Towne Charter has 3 other girls on their roster, and with wrestlers like Mikaela leading the way, could very well see that number increase in the future. Due to her leadership and work ethic, Mikaela is December’s Wrestler of the Month.

In this episode we speak with PRTC athlete Joey McKenna about his time helping out with BTS Philly.

Ousmane Diarra is a BTS alum and mentor to younger student athletes.

Lakita Williams is a BTS Philly alum and coach who joins the podcast to share her story.