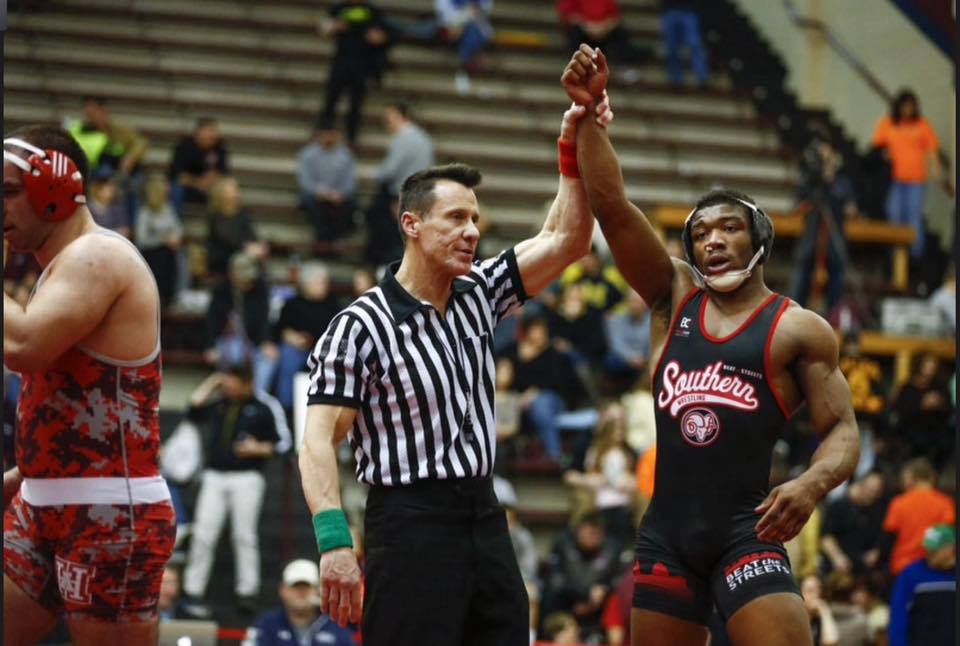 South Philadelphia High School’s Miles Lee has become the first ever state placer in Beat the Streets Philadelphia’s history and the second ever from the Philadelphia Public League. He opened the tournament Wednesday night with an 8-4 win over Quakertown’s Noah Wood. Earlier this afternoon, he punched his ticket to the semifinals with an overtime victory against Northern York’s Jake Koser. Tomorrow, he will face General McLane’s Ethan Laird for a shot at the finals. Miles has guaranteed himself at least a 6th place finish. Beat the Streets would like to congratulate Miles on his tremendous accomplishment.   Anyone that would like to follow the Miles through the PIAA State Tournament brackets can do so on FloArena at this link.