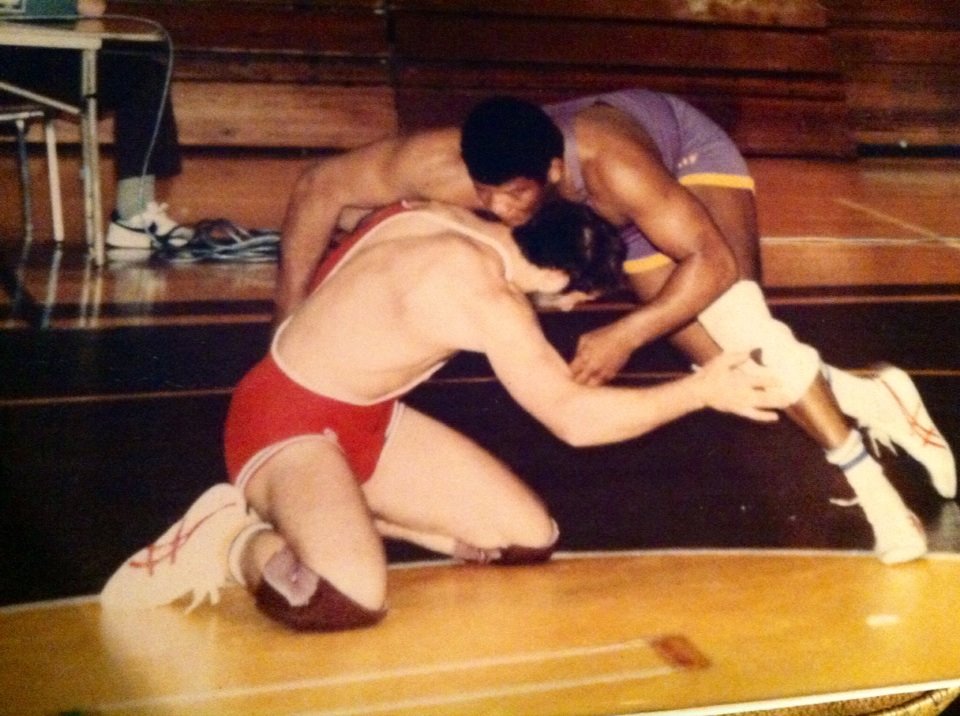 I’d never had a wrestling coach quite like Morris Johnson. He seemed too nice compared to the normally, gruff, no-nonsense coaches I had grown up wrestling for. He was a soft spoken prototypical gentle giant with a warm smile that was infectious, even during a tough conditioning session. He could have been braggadocios, or at least held an air of cockiness, after all he was a Division II Champion and 2-time finalist for San Francisco State. He wasn’t though. In fact, he was one of the humblest people you could ever meet. I didn’t find out about his incredible accolades until years later when I had finished wrestling. He never brought them up at practice. He kept it focused on us, the kids. Morris was the kind of coach that you worked hard for because you wanted to make him proud. I only knew him as a youth club coach, but his prowess stretched much further than that. He was the assistant coach at San Francisco State, and also bounced around to help at Arizona State, and the University of Pennsylvania. A lot of success the upper weights had at Penn in the late 90s and early 2000s can be accredited to the work Morris put in with them.

Morris had the urge to help people, whether it was on honing their wrestling technique, or helping them deal with their problems. He received a PHD in counseling from Bryn Mawr College which he put to use as a psychologist specializing in family therapy and children suffering from domestic abuse. He worked at the Philadelphia Child Guidance Center and later moved to the Delaware County Intermediate Unit. As Morris once said in a 1988 interview with the Sun Sentinel, “There are a lot of problems in the world, and I`d like to help solve some of them.” Morris accomplished that goal, helping countless individuals over the course of his life. He even directed some of them towards Beat the Streets Philadelphia, putting them in situations to excel that would have never been available without his guidance.

While you could write a fine piece on Morris’s accolades alone, he has a lot of them, DII National Champ, Pan-American Greco Champion, California Wrestling Hall of Fame member, San Francisco State Hall of Fame member, just to name a few. You would be remiss if you didn’t mention the lasting impact he left on those around him. Morris Johnson’s legacy will be remembered as a great wrestler, but an even greater man who helped as many people as he could with the time that he had.