September Wrestler of the Month-Pat Daly 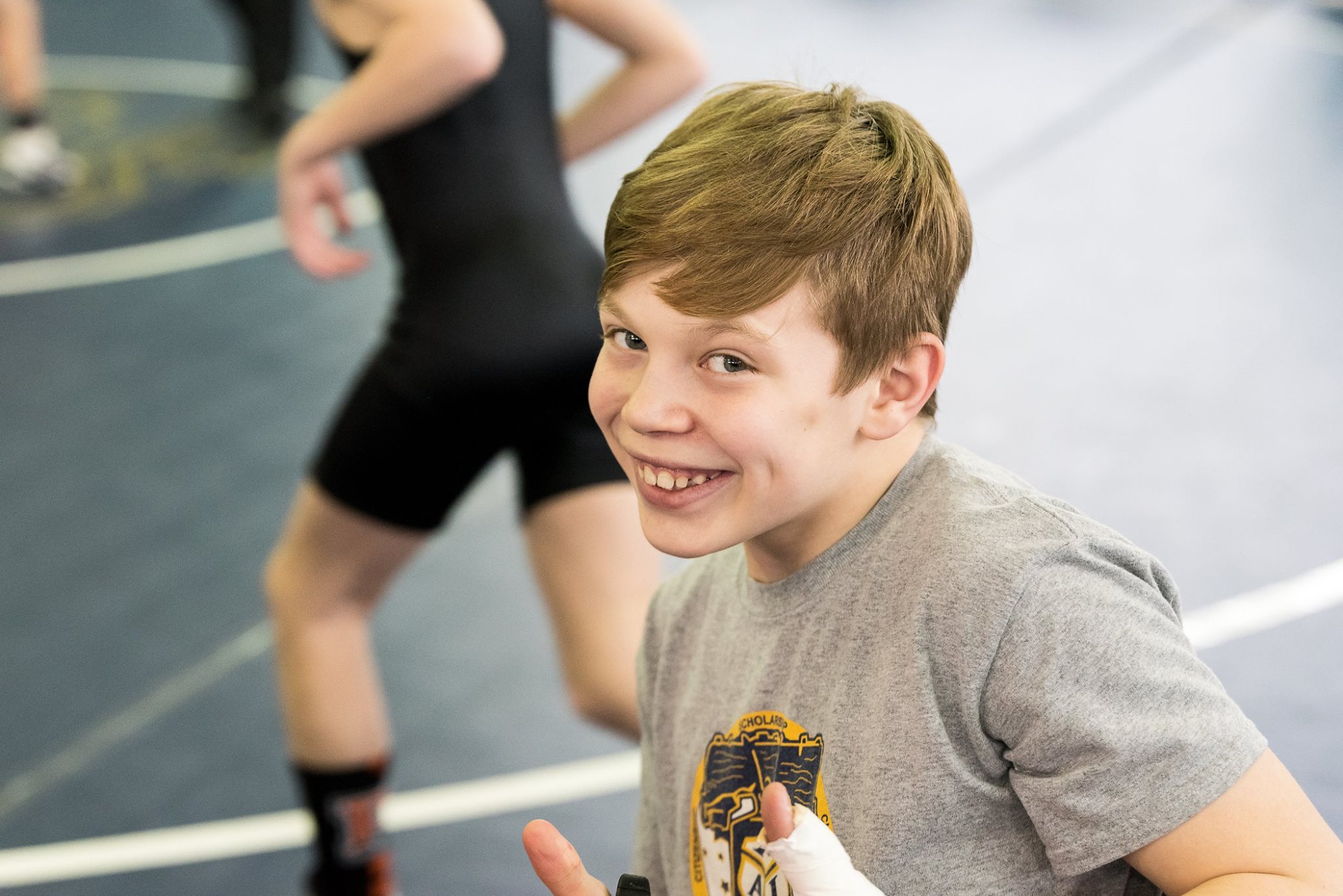 Each month, Beat the Streets Philadelphia recognizes one student-athlete as ‘Wrestler of the Month.’ Selections are made based on recommendations from coaches, mentors, and/or BTS staff. For September, we have selected Pat Daly of the Police Athletic League! At 12 years old, entering 6th grade at the Science Leadership Academy Middle School, Pat has been wrestling since he was six years old. He has been a big part of the PAL Wrestling program and rarely misses a practice. This month, Pat was one of the first people to ask us about coming to the Mentoring Center. Despite being one of our younger wrestlers, Pat took the initiative to seek us out an re-engage on his own. Combined with his longtime commitment to wrestling through PAL, it was easy to recognize such a great kid! When we sat down with Pat last week to talk to him, he shared with us that what actually got him started wrestling was an interest in WWE. He recalled walking into his first practice (as MANY of our kids have) expecting to climb into a ring with a mask on an pile drive the other kids. Much to his surprise, however, this type of wrestling was much different. Over the years, Pat says that he has grown to love 'real' wrestling. He has made many friends, really likes his coaches (especially Coach Ed), and says the physicality of the sport is his favorite aspect of it. Off of the mat, Pat says that wrestling has helped him with focus and discipline in school; but more than anything it has taught him confidence. In Pat's observation, there's no room for doubting yourself in wrestling; if you second guess decisions on the mat you're probably going to find yourself on your back. In the classroom, Pat says this has helped him to confidently give answers in class, on tests, and while doing homework! After talking about wrestling, we asked Pat if he knows yet what he wants to be when he grows up. Impressively, Pat says that he wants to be a marine. When we asked him why, he gave us a very simple answer almost instantly:

"Because I love my country and I want to defend it. I believe in it, and that's something I want to fight for"

(...Yeah, wow was our reaction too). For a 12 year old to express that sentiment is particularly impressive. While he certainly still has a lot of time left in school, we look forward to working with him as he works toward achieving his goals. We closed by asking Pat who his favorite athlete was and why. Pat say his favorite athlete is Jordan Burroughs. A few years ago, Burroughs made a visit to PAL and Pat was particularly impacted by it. Specifically, Burroughs' ability to 'flip the switch' between being a killer on the mat and a genuinely nice person off of it was something that resonated with Pat. He says that that's the type of person he tries to be. If you would like to contribute to Beat the Streets and help to create more opportunities for kids like Pat, you can visit our Donate Now page here. If you would like to consider giving in other ways, either as a mentor or wrestling coach, please fill out one of our interest forms and we'll be in touch!